Now you have to think, can you use the baseball bat in little league play or under that, you used before?

We hope you can understand why I ask this question. You know the national governing body of the USA baseball committee has adopted a new role to measure the bat performance of youth baseball bats. They implied new rules and regulations of USA baseball bat standard, and that is why your bat should be under USA baseball approved bats when you pay junior league division.

There have no changes in the senior league division. The new USABat standard only affects the little league. That is why it is necessary to know top to bottom of the new USA bat standard.

In this content, we cover all the information that you need to know so that you can buy the right bat for little league. This information is informed by the leading scientist of the USA baseball bat study committee.

What exactly has been changed in the new Bat Standard?

You know the new bat standard was adopted for Little League Baseball in 2018. The changes had not occurred in a wide range. Only two changes are adopted that are the diameter of the barrel and the trampoline effect of the bat. The details are in the below.

The previous diameter of Little League Baseball was 2 ¼ which is now 2 5/8. Because of this change, the weight of the bat will be decreased, and limits pop. For this reason, the players can swing the bat more comfortably but get less pop than before. This change will inspire them to be more skilled and play with more technique.

The trampoline effects of BBCOR bat is similar to the wood bats. But the manufacturer should make new bats under Baseball Bat Standard with composite and aluminum. It is not possible to get an alternative to wood bats. In the new bat, swing weight will be less, but the sweet spot will be increased. On the other hand, now pop has to measure to a .50 BBCOR standard, which was measured at a 1.15 Bat Performance Factor. So, the ultimate result you will not get similar pop like wood bats.

The changes of USA Baseball Bat Standard, and why is it taken?

You know you have to use BBCOR standard bats in the senior baseball league. Similar to the NFHS and NCAA BBCOR standard, the new USABat standard is applied in the junior league so that the youth batter can get wood-like performance while paly. At the same time, the committee wanted to make the game more uniform that ensures the long-term integrity of baseball games.

This change is very much similar to the BBCOR standard, which was adopted in 2011 that was for high school/ college league, and that was taken to increase the safety of the game. Though this change does not directly speak about safety, this change speaks about the safety aspect of youth baseball, which is very positive. This change has ensured that batted balls come softer from the barrel that will reduce the damage.

Before publishing this USABat standard, the players were more dependent on the bat rather than the technique. But having less pop, the youth players will focus more on their skill and technique. This is very positive, we think. For this new bat standard, the players concentrate on increasing their technique and skill, which will greatly impact on making them more professional and more skilled. Inthe short-term, this decision may affect you, but if you think about long-term results, it is very positive.

What are the National Organizations affected by the new bat standard?

Can I Still Use My Current Bat?

If you have an old bat, you must change the bat to play in little league baseball. The bat should be USABat standard, and you need to have the USABat certified mark on your bat. You know, you could use any bat before 2018, but after First January 2018, your bat should have the USABat logo. On the other hand, you have a USSSA bat; you don’t need to change that as it is not affected by the new bat standard. But all other bats are not legal now in little league.

This is very important. It is the best method to buy the right youth baseball bats after confirming the logo on it. You can see two logos, which are very similar to each other. You should confirm the logo on the bat before buying the USA baseball approved bat. So, the logo is here.

Can I use a wooden bat?

Of course, why not? But the bat should be one piece constructed. You can use a solid one-piece wooden bat, whether it carries the USA baseball mark or not. But if you want to use a multi-piece wood bat, the bat should have a USABat baseball logo; otherwise, it will be rejected.

What about tee ball bats in relation to the new USABat standard?

Some players and their parents are worried about the USA baseball bat standard, which was adopted on the first day of 2018. But we say this rule is not only for you. That means it affects all the players, not you only.

We want to add some, do you know composite and aluminum bat is comparatively durable than the wood bat. At the same time, the new standard bats lightweight, and for a reason, you can handle the bat very easily. And you know the trampoline effect is reduced here. But for this, you start to play baseball, applying more techniques, and after a particular time, you will be highly skilled, which is very positive for you.

That is why we say; the new USABat standard is not bad at all if you can take it easy and start to play with applying more techniques, really. 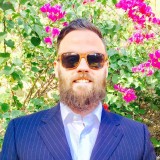